There is a deceptively simple goal for the collector of first editions: to obtain the earliest printed form of a work of literature, in as close to the condition it was in when it first appeared in bookstores as a new book. Dig deeper, though, and you find that the first edition collector also has an interest in pre-publication states of an author's work. Literary manuscripts, typescripts, and correspondence offer windows in which to view a writer outside of his or her literary work, providing a wealth of insight into the genesis of a magnum opus, a personal relationship, and other intimate or intellectual details. First edition collecting, then, is as much about the author's creative process as it is about the books themselves. 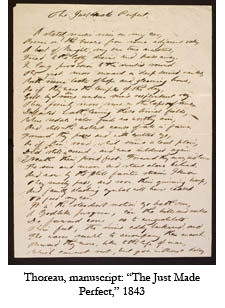 Bromer Booksellers has built collections of the first editions of Robert Frost, William Faulkner, John Steinbeck, Robert Louis Stevenson, Dr. Seuss, and others. We offer a selection of literary manuscripts and correspondence from such literary greats as Henry David Thoreau, John Steinbeck, George Bernard Shaw, James Joyce, Mark Twain and William Morris. Our standards of quality are known worldwide, and we offer the finest copies available, as issued, in dust wrappers.

We also carry a comprehensive Science Fiction Collection of nearly 200 first editions and other items, spanning the genre's roughly 500-year history. From the utopian vision of Sir Thomas More to the dystopian nightmares of George Orwell and Aldous Huxley, from lunar travel envisioned by Jules Verne to the decidedly inward tendencies of cyber fiction introduced by William Gibson, science fiction has always given a writer the latitude to expand humankind's interactions to the outermost limits of imagination. We carry early, seminal works such as de Bergerac's Comical History of the Voyage to the Sun and Moon, published in 1687, as well as masterpieces from "The Golden Age" of science fiction. Please inquire, or search our stock. 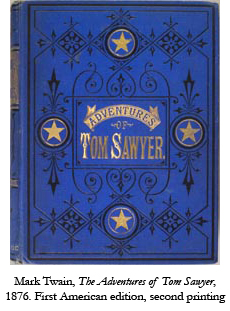