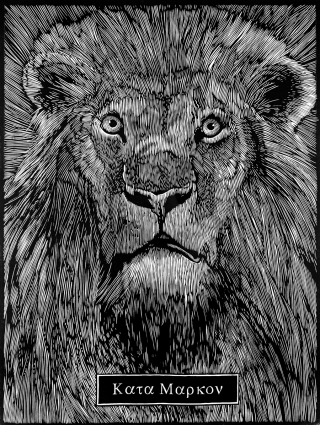 Bromer Gallery is thrilled to announce the opening of our third exhibition, “Barry Moser: The Storied Artist”, on Friday, May 17, with a reception from 5:30 to 7:00 pm. As Barry Moser’s first solo show in several decades, it will transform the space into a reverie of the literary past made present, a captivating atmosphere of original artwork and profound illustrations for familiar tales.

Upon arriving in Western Massachusetts in 1967, Moser embarked on a career that has swept the ranges of book-making, from design to printing to illustration. In 1969, Moser established his Pennyroyal Press, which, over the years, functioned as an avenue for bold artwork and letterpress surrounding much-loved texts. His production of Lewis Carroll’s Alice’s Adventures in Wonderland won the American Book Award for Design and Illustration, and its success ushered in four more large-scale editions: Carroll’s Through the Looking Glass, and What Alice Found There, Mary Shelley’s Frankenstein, Mark Twain’s The Adventures of Huckleberry Finn, and L. Frank Baum’s The Wonderful Wizard of Oz. In 1999, the Pennyroyal Press’ magnum opus, an edition of the King James Bible awed the worlds of books and art with its dark, stirring woodcuts, and is largely considered the finest illustrated Bible of the twentieth century.


Outside of his own press, Moser has completed illustration work in engraving, woodcut, and watercolor. His art, precise in both concept and execution, for the Arion Press’ edition of Herman Melville’s Moby-Dick won highest acclaim upon its publication in 1977, and is widely regarded as a modern masterpiece of the illustrated book. He has also adapted his style to children’s books, such as The Three Little Pigs, A Horse Named Funny Cide, and Christmas in the Time of Billy Lee. These watercolors delight in color and trade the exacting detail found in Moser’s engravings and woodcuts for the joy of simple specificity of line and figure.

Original artwork for these projects, as well as prints of the illustrations of many of Moser’s most famous works, original studies and sketches, and copies of the books themselves will be on display and available for purchase at Bromer Gallery. The exhibition will be on view until August 16, and you are welcome to visit our showroom and gallery at 607 Boylston Street Monday through Friday, 9:30 am to 5:30 pm, and Saturday from 11 am to 3 pm.